The button mushroom is the edible mushroom that is cultivated the most worldwide. Originally this mushroom was brown / creme coloured. Through mutation the button mushroom became white, this is an albino. The albino variant does not have that strong a taste as the brown one but is cutlivated much more often.

The button mushroom is distributed throughout the temperate zones of the northern hemisphere. In Europe alone over 40 different strains have been discovered. The button mushroom lives in dung and during suitable weather conditions can be found from Mai to November especially on cow pastures and manure. 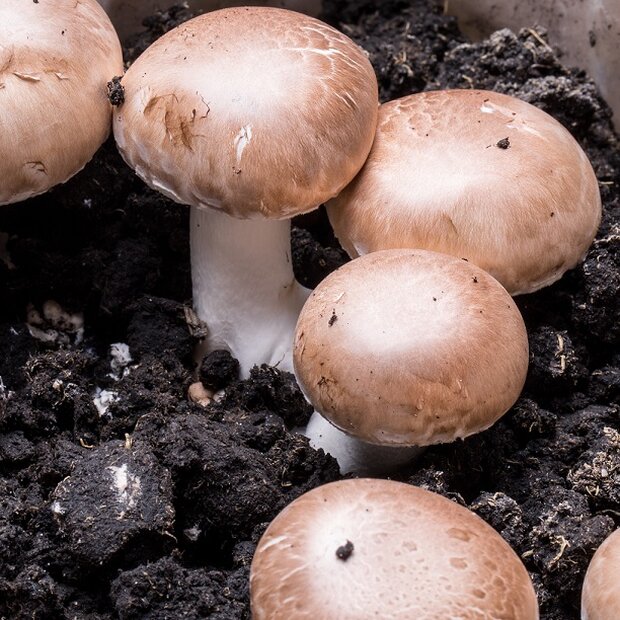