Innovative next generation mushroom supplements
1) The mushrooms, used for these products, contain naturally occurring carbohydrates and sugars, including polysaccharides / beta glucans)
2) According to analyses from AGROLAB Group our liquid extracts are free from pesticides, PAHs (Polycyclic aromatic hydrocarbons – plasticisers) and radioactive-nuclear radiation. This means that these substances are not only below the statutory legal limit, but they are undetectable in our products. Detailed laboratory analyses are available on request.

Recommended intake: Take daily 5 ml (1 teaspoon) of the liquid extract solved in a glass of water or juice, 30 minutes before meal. During periods of increased nutrient requirements, the daily intake can be raised up to 2 times daily 10 ml (2 times daily, in the morning and evening 2 teaspoons each time).

Thanks to improved bioavailability, with only 1 teaspoon (5 ml) of our new liquid extract the body can resorb the same quantity of polysaccharides and other mushroom compounds, as you can get from approximately 38 mushroom powder capsules.

Our liquid Hericium extracts are produced using a unique, specially developed extraction process. This novel manufacturing technology makes our products different from all common standard mushroom supplements on the market. Using this new technology, it is possible for the first time to extract all organic and non-organic compounds from the mushroom and concentrate them in liquid form. The result is a holistic mushroom supplement of highest quality.

Our new liquid Hericium mushroom extracts contain, beside of polysaccharides and peptidoglycans various other mushroom ingredients, such as amino acids, triterpenes, minerals (Ca, P, Na, K) and trace elements (Fe, Zn, Cu, Mn, Se) as well as vitamins (ergosterol). The new formula also increases bioavailability, which means that the substances contained in the extracts can be resorbed and utilised by the body better and easier. Our new and innovative production process leads to a product, that contains the entire spectrum of active mushroom ingredients in a highly concentrated liquid form, which can be optimally resorbed by the body.

Innovative extraction process
The Lion´s Mane mushrooms for our extracts are cultivated on certified raw materials, supplied from 100 % organic farming. After harvesting, the mushrooms are gently dried to preserve the compounds as much as possible. The next step is the alcoholic extraction. As extracting agent, we only use pure organic ethanol distilled from organic grown cereals. This step of the extraction process takes several days, during which the alcohol soluble ingredients are extracted from the mushrooms. After that the mushrooms are filtered and prepared for the next step. The alcohol is removed from the extract by distillation, to ensure that the final product is non-alcoholic. Next step is the extraction with water, this process dissolves the water-soluble ingredients out of the mushroom material. At the end of the production process, both extracts are combined and homogenised with organic glycerine made from sunflower seeds. Glycerine is a body friendly natural material that protects vitamin and mineral molecules and avoids quality loss and decomposition of active agents during storage. It also improves resorption of the ingredients, even in intestinal problems and gives the liquid a pleasant taste.

Hericium erinaceus is an edible mushroom and medicinal mushroom in the tooth fungus group. It can be identified by its tendency to grow all the spines out from one group (rather than branches), long spines and its appearance on hardwoods. Although it is growing in Europe, it is not well known.

For its unique delicious taste and the very decorative coral-like look the lion´s mane mushroom gets more and more a sought component of nouvelle cuisine. Out in the nature, Hericium erinaceus can be found in deciduous forests of Europe, North America and Asia (in particular in China and Japan). 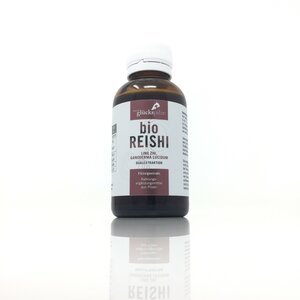 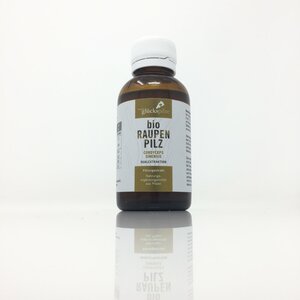 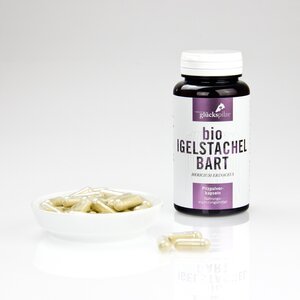 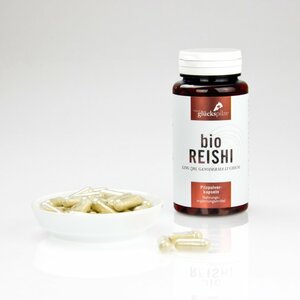 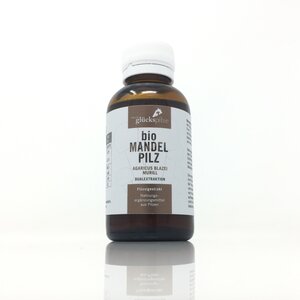 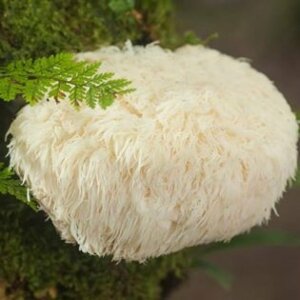 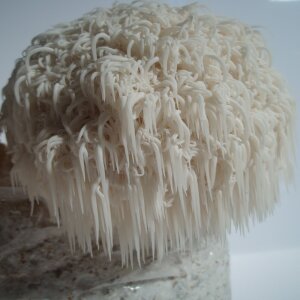 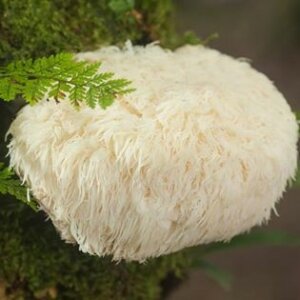 By selecting "Accept all", you give us permission to use the following services on our website: YouTube, Vimeo. You can change the settings at any time (fingerprint icon in the bottom left corner). For further details, please see Individual configuration and our Privacy notice.

The settings you specify here are stored in the "local storage" of your device. The settings will be remembered for the next time you visit our online shop. You can change these settings at any time (fingerprint icon in the bottom left corner).

To view Vimeo contents on this website, you need to consent to the transfer of data and storage of third-party cookies by Vimeo.. This allows us to improve your user experience and to make our website better and more interesting. Without your consent, no data will be transferred to Vimeo. However, you will also not be able to use the Vimdeo services on this website.

Would you like to see these contents? Activate the desired contents for one session only or allow the website to remember these settings. Once you have given your consent, the third-party data can be loaded. For this, third-party cookies might be stored on your device. You can change these settings at any time (fingerprint icon in the bottom left corner). For further details, please see the Privacy notice.